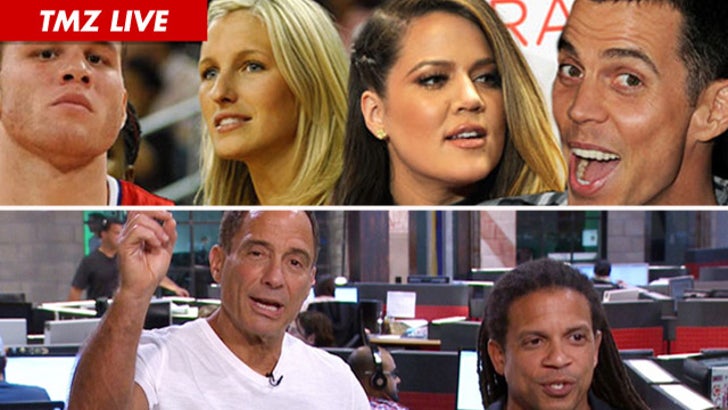 TMZ Live
Blake Griffin is a father -- only problem ... the former USC basketball star Brynn Cameron he knocked up also has a kid with Matt Leinart. Some call her a gold digger -- but she may be an exception to rule ... and we'll tell you why.
Plus, Khloe Karadashian hit up a Hollywood club last night -- with Game. Is she starting her life after Lamar Odom? And is this too soon?
And, Steve-O is back at his old antics -- he joins us to explain why was at the bottom of an LAPD dog pile outside of Paul McCartney's concert in Hollywood.