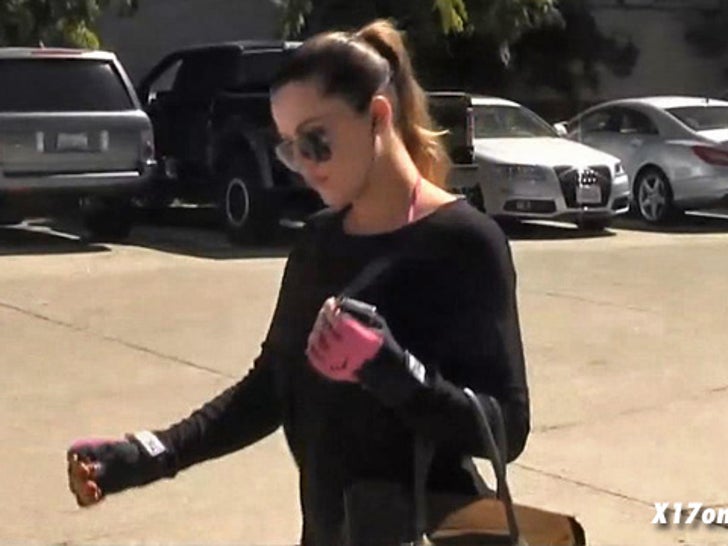 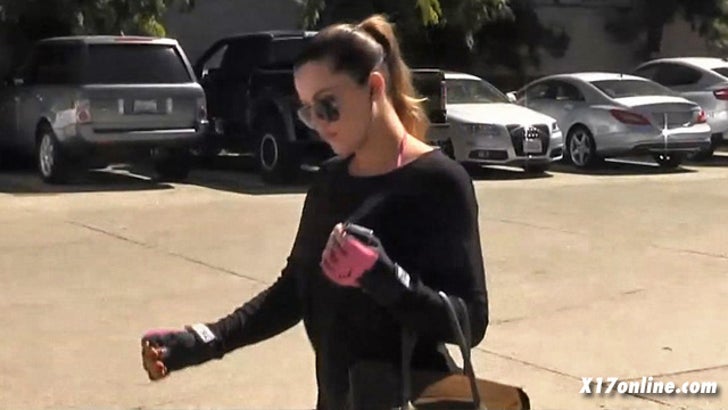 Nothing says romance like a smelly locker room -- Khloe Kardashian is spending her 4th wedding anniversary sweating at the gym.

Khloe was just spotted cruising into an Equinox gym near her home, and wearing lightweight gloves -- maybe blowing off steam with some kickboxing or MMA fighting.

Photogs peppered Khloe with questions, including ... whether the rumors are true she's selling her house, is she getting divorced, and if she's giving Lamar Odom a second chance.

Considering they're not together on their anniversary ... it's safe to say chances are looking dim.

4:00 PM PT -- We just got this shot of Lamar cruising out of a Famima!! convenience store. 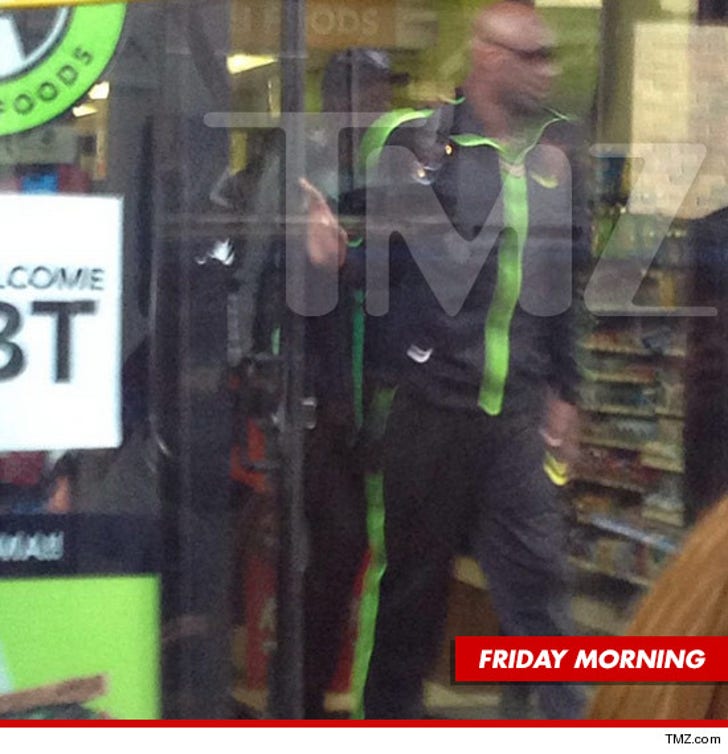 We're told LO stopped at the shop, near his downtown L.A. loft, around 8:30 AM Friday ... took a quick look at some snacks, but left without buying anything.