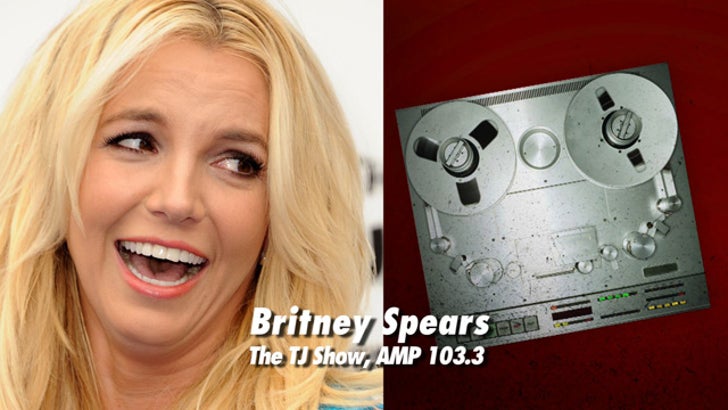 Britney Spears claims she's under a lot of pressure to make hyper-sexual music videos -- but now, Britney says ... she's over it.

31-year-old Britney called in to The TJ Show on AMP 103.3 in Boston this morning ... and when the conversation turned to her racy new video for "Work B**ch," Brit made it clear she's being pushed too far.

Britney also said the original cut for the music video was too risque ... and she had to put her foot down to protect her reputation:

"Oh my god, we showed way more skin and did way more stuff for the video than what is actually there. Like, I cut out half the video because I am a mother and because, you know, I have children, and it’s just hard to play sexy mom while you’re being a pop star as well."

"I just have to be true to myself and you know, feel it out when I do stuff.”

At one point, the DJ asks Britney, "Are they pushing you further than you wanna go and then you sit in the editing room and say, 'No that has to go' and that's pretty much how that's all lined up?"

What's interesting -- the video for "Work" is probably the least sexualized video she's done ... maybe ever.

Think about it ... "Hit Me Baby" (hot school girl outfit) "Slave" (sweat and gyrating), "Oops I Did It Again" (red leather catsuit) and "Toxic" (nude bodysuit) were pretty damn racy.