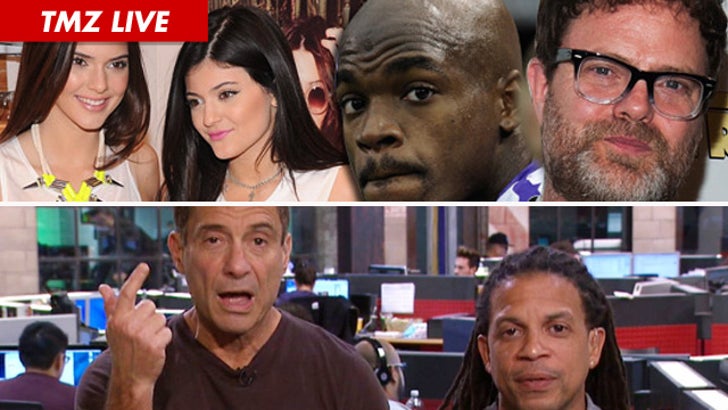 TMZ Live
Khloe Kardashian took her little sisters out to the club -- only problem is Kendall and Kylie Jenner have no business being in a 21-and-over nightclub! What was Khloe thinking, and what would papa Bruce think?
Plus, the Adrian Peterson baby count keeps rising as the NFL star's baby mamas come out of the woodwork. We talk to one of his baby mamas ... who drops a bomb on us ... she claims he has even more kids than we thought!
And, "The Office" star Rainn Wilson joins us -- he wants to know about religion -- all of them -- and has created a YouTube channel with a hilarious new show to uncover the truth(s).