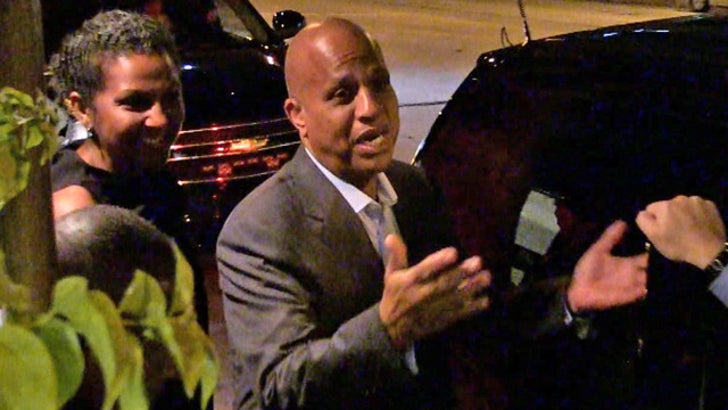 READY FOR SOME INTERNATIONAL SMACK TALK??? The Prime Minister of Belize was last night ... telling us what's wrong with our government ... on his way out of an L.A. restaurant.

Dean Barrow was leaving Madeo last night, flanked by personal security, when he was asked if he had any advice for the U.S. government to avoid another shutdown.

His response -- "You have to switch to the parliamentary system."

Now, Belize has its problems, too -- according to the various media reports the country has a Caa1 credit rating -- which essentially translates to "piss poor."

But we hear the snorkeling is spectacular ...

7:47 AM PT -- Turns out, Dean Barrow has a serious celebrity connection ... 'cause his son is the rapper Shyne!

According to reports, Barrow and his son are estranged ... but after Shyne was convicted of attempted murder, assault, and reckless endangerment several years ago, his dad petitioned the governor of NY for a pardon. But the request was denied, and Shyne was deported back to Belize.