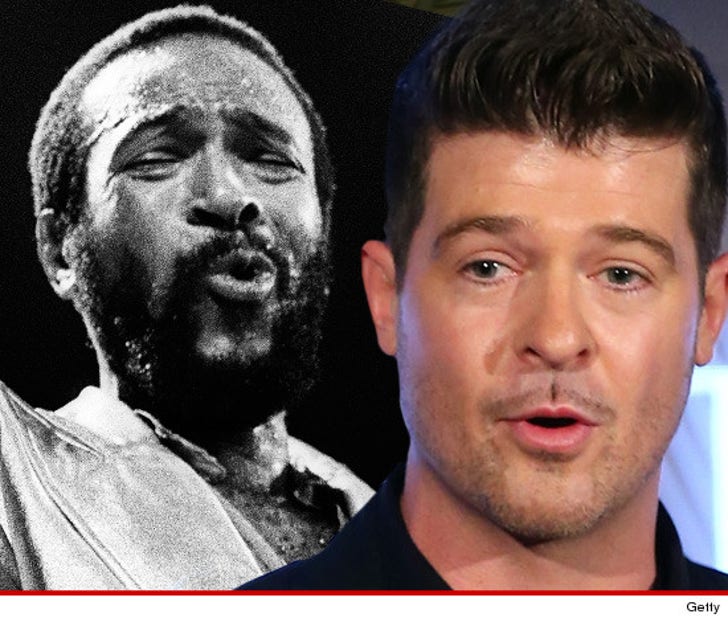 Two of Marvin Gaye's kids are shooting down Robin Thicke's claims that "Blurred Lines" is NOT a rip-off of their father's music ... filing a countersuit that accuses Robin of changing his tune about the origin of the song.

Nona Gaye and Frankie Christian Gaye filed the docs today ... pointing to Robin's interviews with "Billboard" and "GQ" -- where he admitted Marvin's "Got to Give It Up" was one of his fave songs of all time, and he wanted to "make something like that, something with that groove."

Nona and Frankie's suit is a response to Robin's -- filed back in August -- in which he sought to preemptively get a court to rule 'Blurred' was not a carbon copy.

The Gaye kids also cite a clip TMZ shot with Robin after his lawsuit ... where Robin denied thinking of Marvin Gaye when he wrote 'Blurred.' 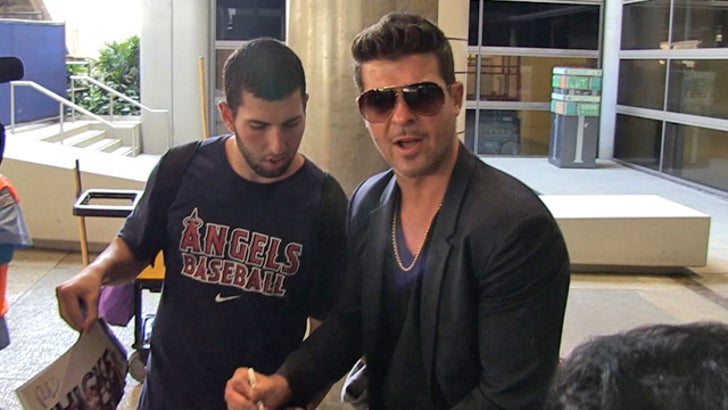 The Gaye suit further claims Robin's song "Love After War" is a copy of the Marvin hit, "After the Dance."

Marvin's kids want damages, including profits from the songs -- which could easily top millions ... remember, "Blurred Lines" was number one for 12 weeks.

Interestingly, Marvin Gaye III is not part of this countersuit. He appeared on TMZ Live and strongly hinted he would go after Thicke in court.