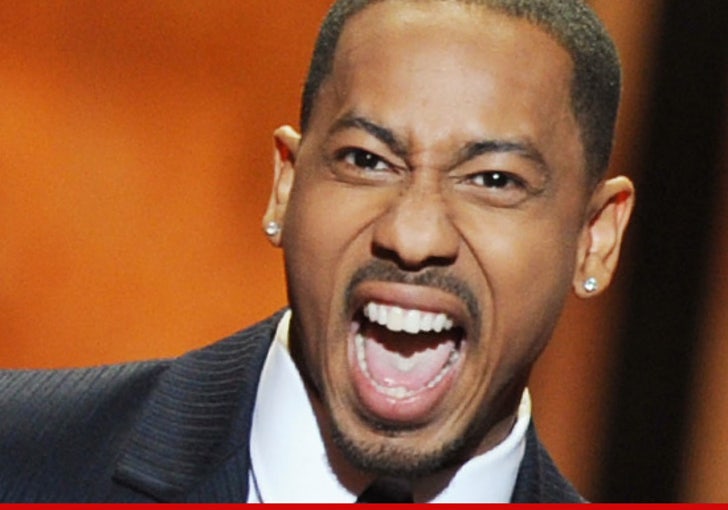 10:14 AM PT -- A rep for the Phoenix Police Dept. tells TMZ ... cops received a call from the airline around 7:30 PM reporting a disruptive and belligerent passenger who had been cut off from alcohol.

We're told ... when police arrived, officers spoke with Brandon and determined no crime had been committed. Brandon, who was supposed to catch a connecting flight to Burbank, was escorted out of the terminal and not allowed to fly on US Airways that night.

"Tropic Thunder" star Brandon T. Jackson claims he was escorted off an airplane and questioned by police after flipping out on a flight attendant who called him the n-word.

Jackson -- who also plays Grover in the "Percy Jackson" movies -- says he was on a US Airways flight when a flight attendant named Dee approached him and asked him to sit down.

Jackson says he was later escorted off the plane -- and questioned by police in Phoenix. Eventually, he was released and tweeted, "This was the most racist thing that ever happen to me even the white people on the plane was like that racist."

We reached out to US Airways for comment -- so far, no word back.