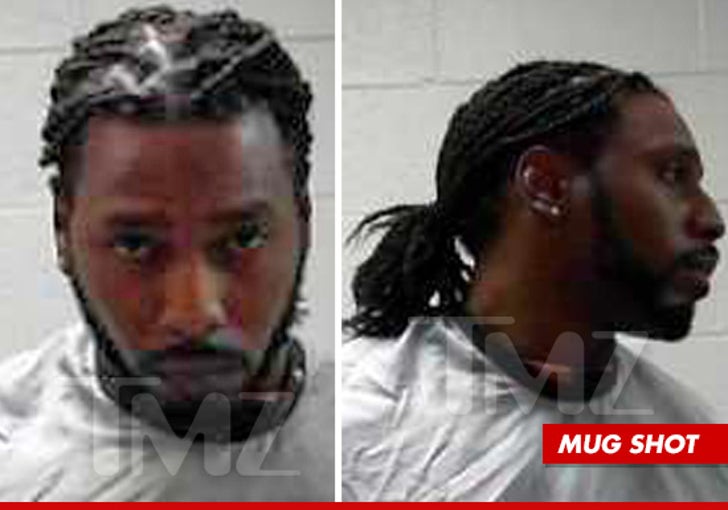 Kansas City Chiefs wide receiver Dwayne Bowe was arrested Sunday ... after cops say the NFL superstar was speeding around Missouri with marijuana in his car.

According to the Riverside PD, officers noticed Bowe doing 48 in a 35 in his 2011 Audi R8 ... and pulled him over for speeding.

During the stop, cops say the officer noticed a strong odor of pot ... and asked Bowe, along with his two passengers, to get out of the vehicle.

Cops say a K-9 unit searched the car and turned up a black bag with 2 sacks of weed totaling 14.6 grams.

One of the guys in Bowe's car told cops the pot was his -- and he was also arrested for marijuana possession. Cops also found 2 joints on the passenger.

Bowe and his passenger were hauled to a nearby police station -- where they were booked and released. They're due in court on December 18.