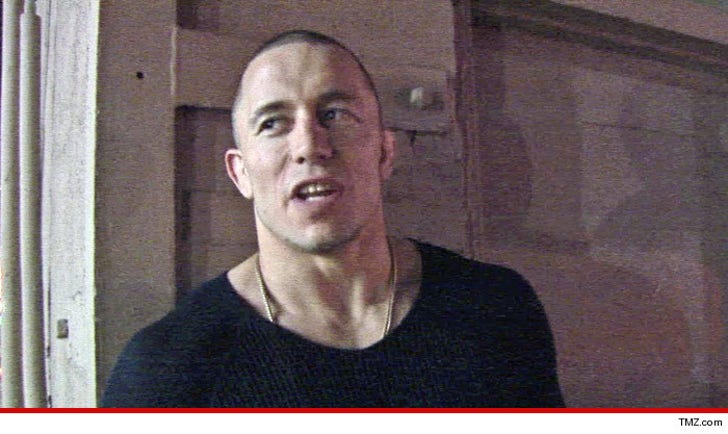 Georges St-Pierre cut a $737k check to his former manager -- after the woman sued the UFC champ for screwing her out of her contract ... and according to court docs, she could still be in line for a MULTI-MILLION DOLLAR payday.

TMZ Sports has obtained documents filed in Clark County, NV which show GSP was sued by ex-manager Shari Spencer after the two parted ways in 2011.

According to another manager who worked with GSP, Georges' relationship with Shari ended "very badly."

Shari clearly felt she helped build GSP's career and therefore deserved a cut of his fight earnings and sponsorship cash.

-- 20% of future revenue on various UFC Pay-Per-View fights
-- 20% of royalties earned under a 2008 UFC merchandising contract
-- 5% of future revenues from sponsorships she apparently helped him earn (including Affliction and RUSHFit).

A source familiar with the case tells us ... Shari's final cut could be worth several million dollars.

GSP's had a rough year -- as we first reported, the UFC champ is already stressing out over his sick father and an unplanned pregnancy.

We reached out to GSP's camp for comment -- so far, no word back.