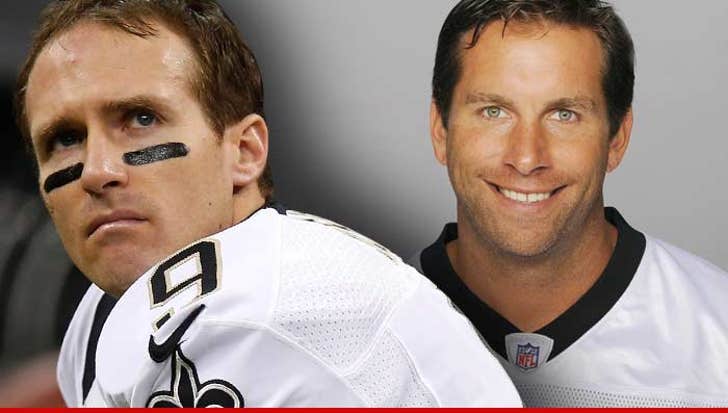 A former New Orleans Saints player is calling BS on Drew Brees ... claiming Drew's trying to unfairly throw him under the bus after the QB got killed in a bad financial investment.

The man in the crosshairs -- Kevin Houser -- a former Saints longsnapper who became a licensed securities broker.

Brees had sued Houser earlier this year claiming Houser duped him into buying $160,000 in bogus tax credits back in 2008.

Now, Houser is firing back in legal documents filed in New Orleans and obtained by TMZ Sports -- in which he claims he NEVER had a deal with Brees to serve as his broker and shouldn't have to pay because Drew made a crappy investment.

Brees wasn't the only Saints player to go after Houser -- former TE Jeremy Shockey, head coach Sean Payton and ex-defensive coordinator Gary Gibbs all reached settlements with Houser over the same investment deal. The terms of the settlements were confidential.