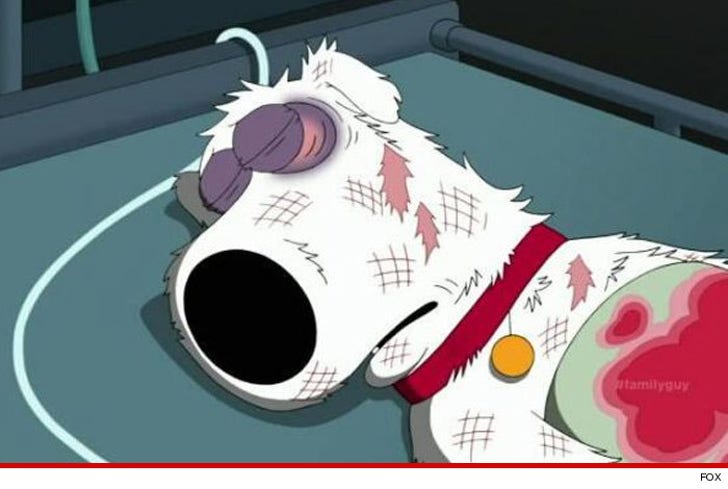 Seems Brian Griffin won't get a shot at a 3rd novel ... 'cause the martini-swigging, chick-bangin' family dog DIED on "Family Guy" last night.

Stewie tried to save his pal by going back in time and preventing the accident -- but he had JUUUST taken apart his time machine, and was unable to rebuild it before Brian croaked.

Unclear if Brian will somehow come back to life in future episodes -- but we wouldn't be surprised if he did.