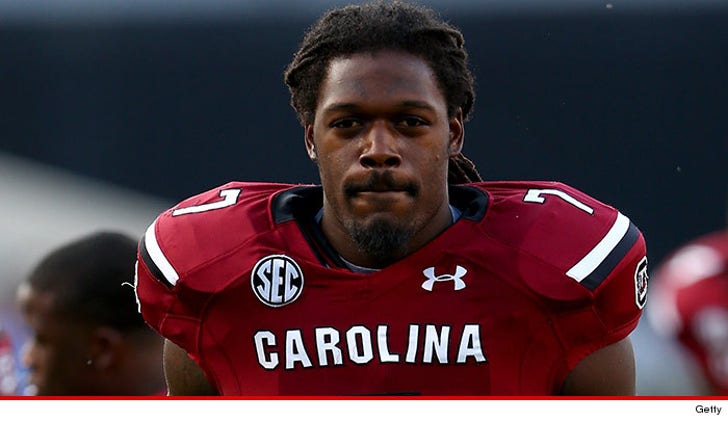 According to law enforcement, the South Carolina defensive end was stopped by SC State Highway Patrol on Saturday night in his Chrysler 300 for allegedly driving 40 MPH over the speed limit.

The 20-year-old was immediately ticketed ...but not arrested.

Not the best thing to happen to Jadeveon -- considering NFL teams are reportedly concerned about his off the field behavior.

According to the SC Highway Patrol, Clowney was ultimately issued a $355 speeding ticket ... which is a drop in the bucket, IF he actually signs a 1st round contract.