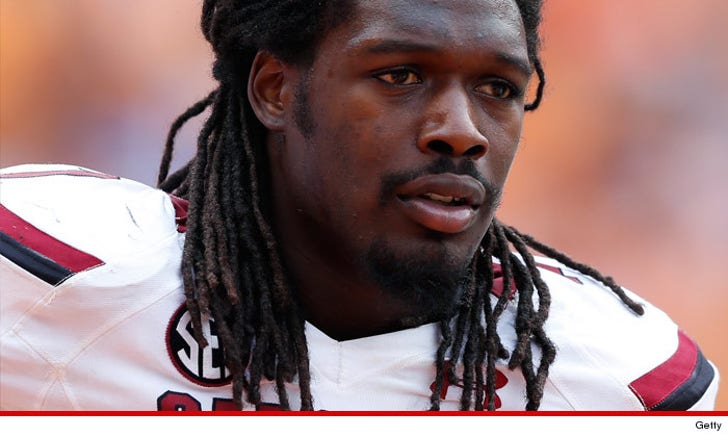 Jadeveon Clowney is no dumb ass... and would never jeopardize his NFL Draft status by hanging out with bad people ... so says JC's step-dad, the man who raised him.

"Jadeveon makes good decisions ... including the people who he hangs out with."

Clowney's step-dad adds, "His friends are his friends, but overall he is smart enough to make the right decisions."