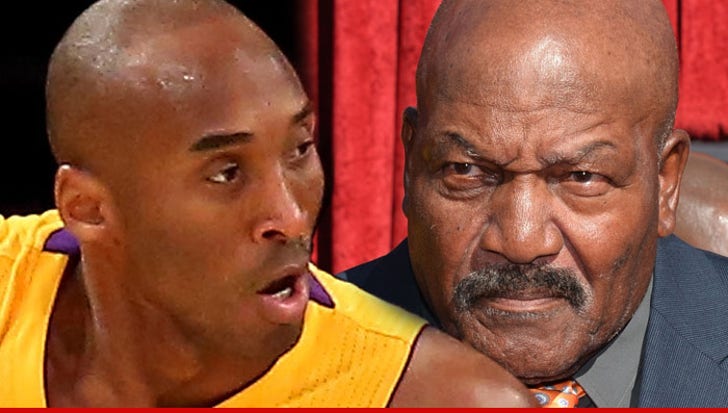 Nelson Mandela and Martin Luther King Jr. would NOT approve of Jim Brown's racially charged critique of Kobe Bryant ... so says Kobe, who just lashed back at the NFL legend.

Kobe was obviously listening when Jim went on "Arsenio Hall" this week and said Kobe doesn't understand black culture in America because he was raised in Italy.

Brown implied Kobe broke the black code when he threw Shaq "under the bus" in 2003 ... telling investigators Shaq also strayed from his marriage when he was questioned during the Colorado rape investigation.

It may not have been a racial faux pas, but the fact is Kobe did throw Shaq under the bus.