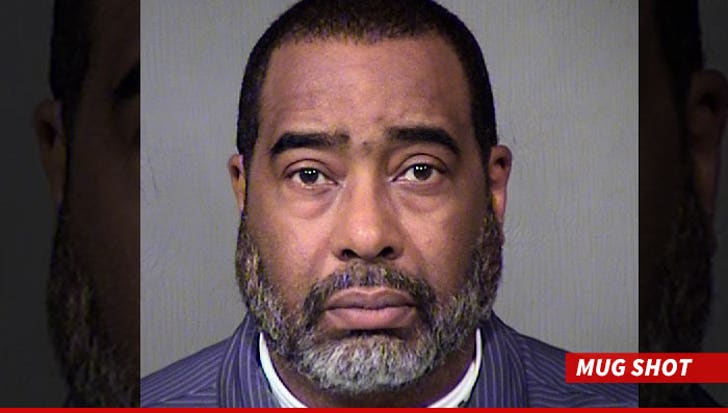 Tiger Woods' half-brother was arrested in Arizona on Thursday after officials say he called up the government building where he works and threatened to BLOW IT UP ... TMZ Sports has learned.

58-year-old Earl Dennison Woods Jr. -- who has the same father as Tiger -- allegedly called in a bomb threat to the Arizona Department of Economic Security office in Phoenix around 8:30 AM.

Security evacuated the building and conducted a search -- and during the search, Earl allegedly admitted he made the call ... but said it was supposed to be a joke.

Officials weren't laughing and Woods was arrested and booked on suspicion of use of an electronic communication device to terrify, intimidate, threaten or harass.

If convicted, Woods faces up to 6 months in jail.