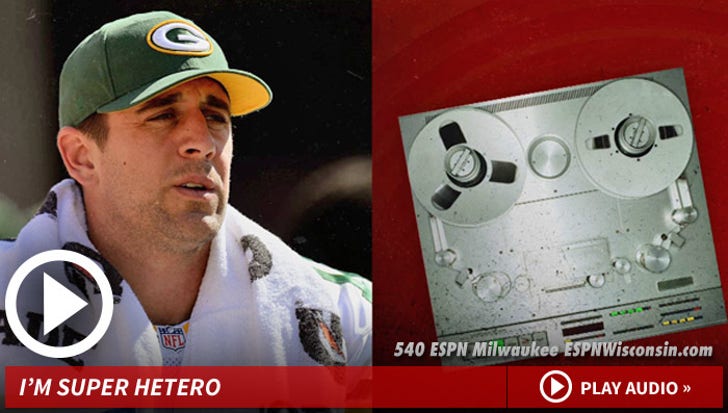 Rodgers appeared on ESPN radio in Wisconsin today and decided to address reports that he's in a secret gay relationship with a former personal assistant.

The Super Bowl champ went on to explain, "There’s always going to be silly stuff out there in the media which you can’t worry too much about, and I don’t ... so, just, keep on trucking."