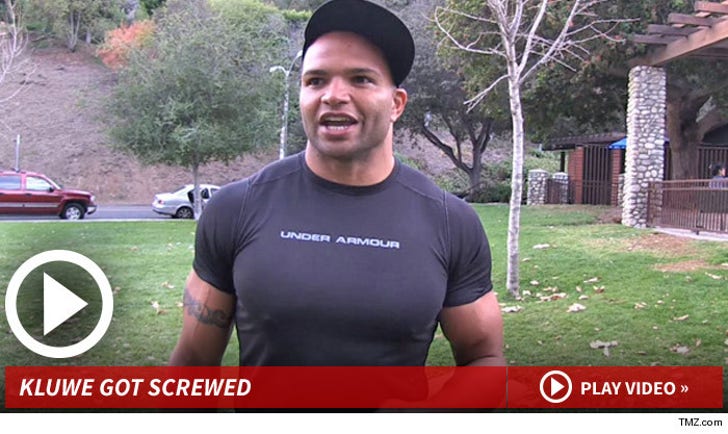 Former NFL star Brendon Ayanbadejo tells TMZ Sports ... ex-Minnesota Vikings kicker Chris Kluwe is "100% right" about claims he was cut from the team because of his pro-gay rights crusade -- and he's got the stats to back it up.

Ayanbadejo -- who won a Super Bowl with the Baltimore Ravens -- has been friends with Kluwe for a while (they both share the same views on gay rights) ... and tells TMZ Sports he's always suspected Kluwe's activism was the real reason the Vikings cut Kluwe last year.

FYI -- Kluwe unleashed on Minnesota Thursday in a scathing self-written article on Deadspin, in which he referred to two Vikings officials as "cowards" and another as a "bigot" for cutting him after 8 seasons with the team. The Vikings insist Kluwe was only released as a result of his "football performance."

But Brendon says the numbers speak for themselves ... Kluwe was great ... but he strongly believes Chris was blacklisted because he's been so outspoken about a cause that doesn't jive with the NFL.

Brendon says if Chris had championed a cause that was NFL-approved, like education or physical fitness, Kluwe would probably still be in the league.