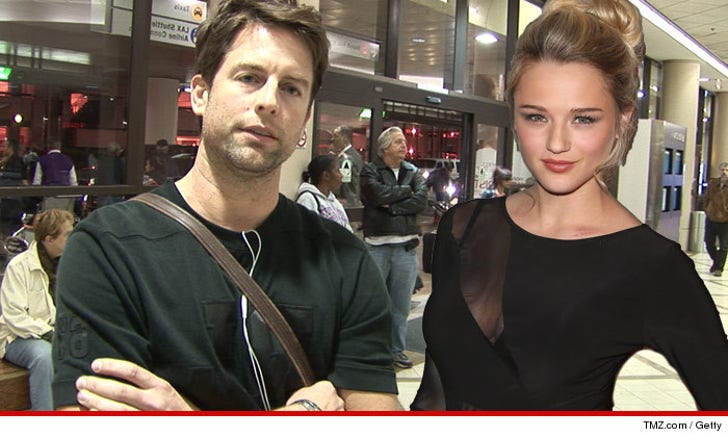 Michael Muhney, a big soap star who played Adam Newman on "The Young & the Restless" -- was fired last month after one of his co-stars complained to the brass that he grabbed her boobs -- on 2 occasions ... TMZ has learned.

Multiple sources connected to the show tell TMZ ... 38-year-old Muhney allegedly bullied and harassed 20-year-old Hunter King, who plays Summer on the show. She went to higher-ups and complained recently Muhney had fondled her breasts on 2 occasions -- and she said both were unsolicited and unwanted.

Sources tell us ... the new allegations were the proverbial "straw that broke the camel's back." Muhney -- who is married with 3 kids -- had been a problem on the set for a long time, allegedly bullying and harassing Hunter and others. He even admitted in a recent interview with HuffPo's Canada TV after getting fired, "Sometimes I've walked around with a big backpack of hubris."

Muhney has been an extremely popular character on the show, and fans are threatening to stop watching.

Calls and emails to Muhney's rep were not returned.