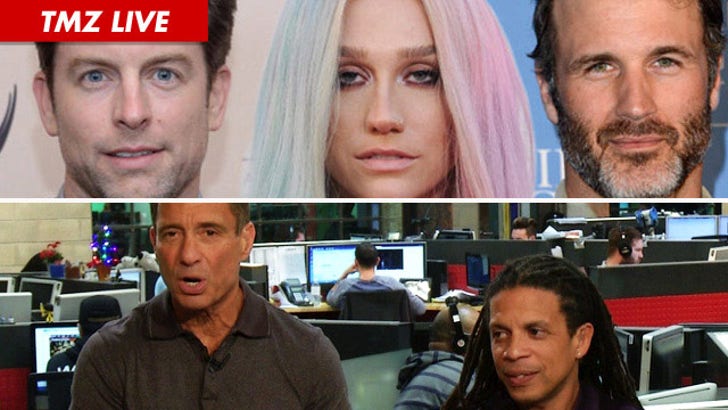 "Young and the Restless" star Michael Muhney got canned for allegedly groping a 20-year-old co-star, but you know what they say about soap fans -- they are rabidly loyal. Surprised they're still standing behind him?
Plus, Ke$ha ﻿seeks treatment for an eating disorder. What pushed her to the edge?
And, "Lone Target" star and former Navy SEAL Joel Lambert joins us to explain why his new show is the most dangerous show on TV ... you won't believe the horrific injuries his crew has sustained since it began.

(0:00) "Young and the Restless" star Michael Muhney ousted for allegedly groping a female cast member ... and his fans are PISSED.
(6:00) Evander Holyfield says being gay is a choice while on "Big Brother UK" -- and gets scolded by the producers. Since when do they step in when people say stupid things?
(10:00) Katy Perry's ridiculous rider for one of her shows -- we'll tell you every organic detail.
(15:00) Ke$ha checks into rehab -- and is very open about it.
(18:00) "Lone Target" star Joel Lambert joins us to talk about his crew being attacked by killer bees, pooping in bags, and how to evade capture at all costs.
(24:00) Kim Kardashian's post-bikini body -- do you believe her explanation for how she got back into shape?
(29:00) Charlie Sheen's war with Denise Richards gets real weird ... even for Charlie's standards.
(32:00) Justin Bieber and Selena Gomez ... back together!
(36:00) The floor is yours!
(41:00) "Nashville" star Chip Eston ... he's got pipes in real life!