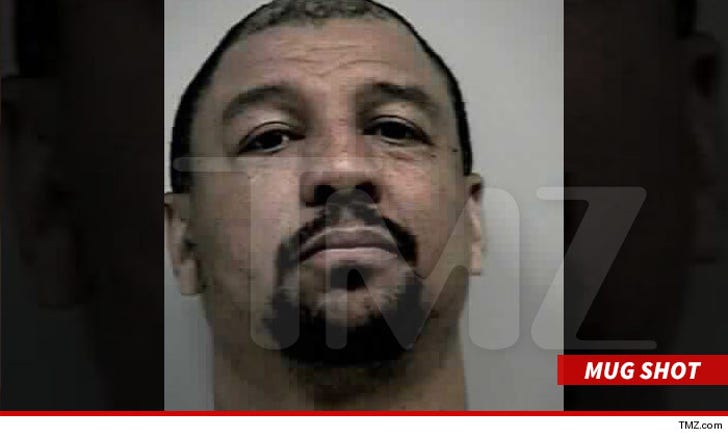 Former NFL star Carl Pickens was HIDING IN HIS ATTIC when cops arrived at his home to arrest the 43-year-old for beating up his wife ... but he blew his cover when he CRASHED THROUGH THE ROOF.

As we previously reported, cops in Georgia were on the hunt for the ex-Pro Bowl wide receiver after his wife told authorities Carl threw her on the couch and pinned her down by the neck during an argument on Dec. 7th.

When deputies arrived to Carl's home to arrest him for domestic battery, his wife lied and told the deputies he wasn't there ... but then cops heard a "loud crashing sound" coming from the ceiling.

Cops proceeded to inspect the house and saw "a fresh hole in the ceiling from the attic where Mr. Pickens had partially fallen."

According to the report, cops shouted at Pickens to surrender ... and moments later, he obliged ... having blown his best hiding spot.

He was eventually booked for misdemeanor domestic battery and later bailed out.