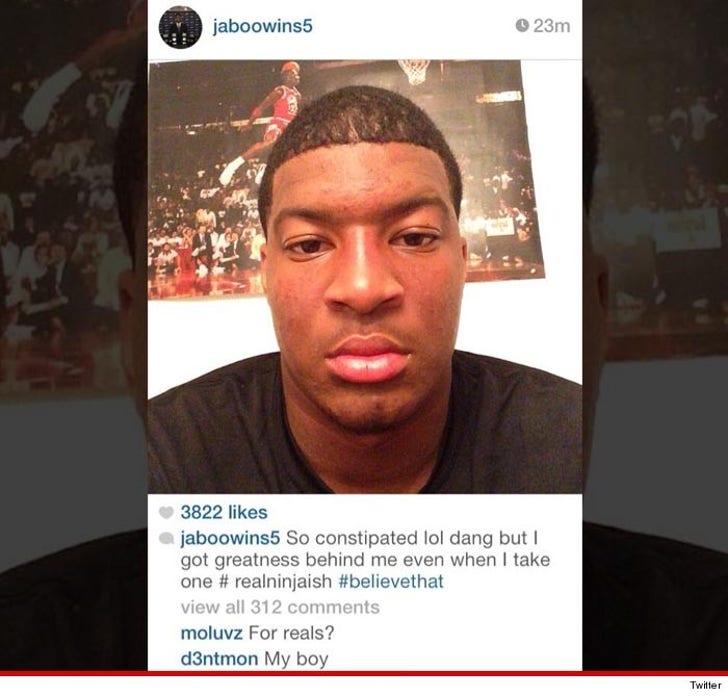 Florida State quarterback Jameis Winston has a problem ... he can't take a dump -- but he's hoping Michael Jordan can inspire him to push through his problems.

The Heisman Trophy winner Instagram'd a selfie from his toilet Thursday night -- in which he writes, "So constipated lol dang but I got greatness behind me even when I take one # realninjaish."

The "greatness" that Jameis is referring to is the picture of Michael Jordan hanging behind his crapper.

Here's hoping Jameis can put together another late rally.