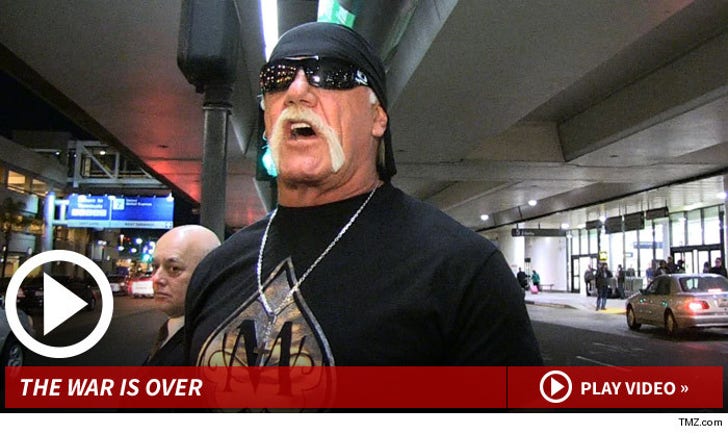 This. Is. BIG. Hulk Hogan has essentially ENDED his war with the Ultimate Warrior ... telling TMZ Sports he's GLAD his former rival will be inducted into the WWE Hall of Fame ... and even called him "a good man."

It's a HUGE olive branch from Hogan -- who had RIPPED Warrior in the past as an "ass clown" and a "loser."

The feelings were mutual though, Warrior had made several attack videos about Hogan -- in which he called the WWE legend a "malicious backstabber" ... and worse.

But now, with the WWE honoring Warrior by making him a part of the 2014 HOF class ... Hogan has changed his tune and yesterday in NYC, he actually praised the guy.