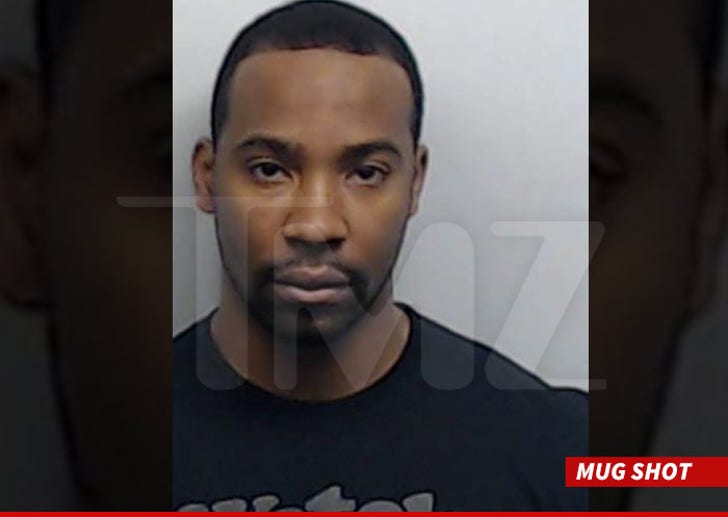 12:06 PM PT -- This just got CRAZY -- officials say Javaris is part of a MASSIVE drug trafficking ring centered in the Atlanta area.

According to Atlanta District Attorney, Javaris and other suspects are accused of selling "multi-kilo quantities of cocaine and several hundred pounds of marijuana."

Officials say the drug ring has been operating since at least 2012.

Javaris -- along with more than a dozen others -- were arrested in a sting operation in Atlanta today.

Javaris Crittenton -- the former NBA star who was famously involved in a locker room gun standoff with Gilbert Arenas -- was arrested on drug charges in Georgia, TMZ Sports has learned.

Crittenton -- who is still facing murder charges in the 2011 shooting death of an Atlanta woman -- was busted in Fulton County early Wednesday morning.

According to his booking sheet, the 26-year-old was arrested for "Conspiracy To Violate Georgia Controlled Substance Act."

Details of the arrest are still unclear.

Javaris is currently in custody.