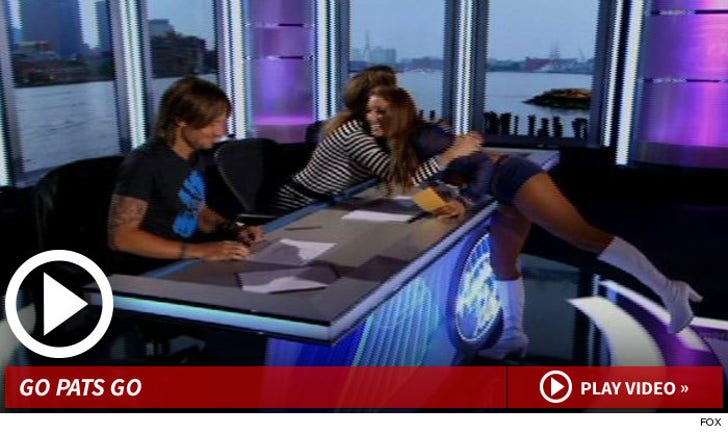 The Patriots have ANOTHER thing to be pumped up about ... one of their cheerleaders appeared on "American Idol" last night ... and KILLED IT.

The Patriots tell TMZ Sports ... Stephanie had to get permission from the team before she could appear on the show in her official cheer uniform -- and the Patriots were happy to give their blessing.

But just like the Patriots, Stephanie found a way to get to the next round.

And get this ... the Patriots have been SWORN to secrecy about Stephanie's fate on the show. A rep for the team tells us producers have specifically asked them to stay mum on the cheerleader so they won't give away the results for the next round.