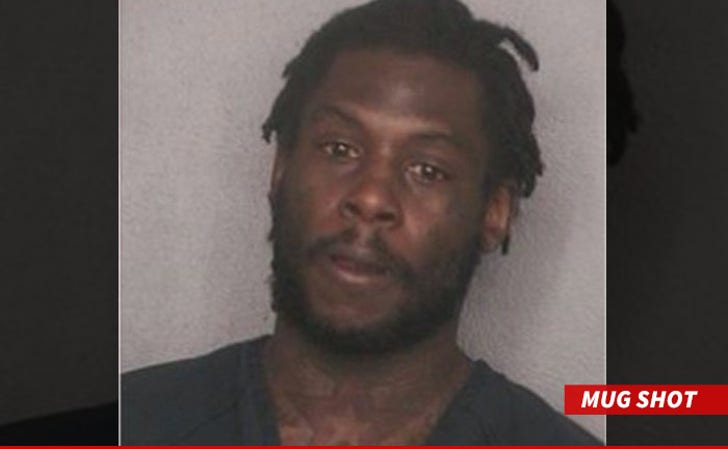 Cleveland Browns wide receiver Davone Bess was arrested at an airport in Florida this morning after allegedly going after a cop with hot coffee ... TMZ Sports has learned.

According to the incident report obtained by TMZ Sports, the Broward County Sheriff's Dept. responded to passenger complaints about a black man at a TSA checkpoint "acting irrationally, dancing, singing with his pants repeatedly falling down."

When cops arrived to the scene, Bess continued to act in a bizarre manner and grabbed a cup of coffee -- that didn't belong to him -- from a nearby counter and squeezed it so hard, it splashed all over the cop.

According to the report, Bess then took a "fighting stance" ... so the cop took out his baton and struck Bess in the leg.

But the cop says the baton strike had "no effect" -- and Bess proceeded to take off his shirt and once again got into a fighting stance.

The cop called for backup ... and when help arrived, Bess complied and was taken into custody. He was arrested for simple assault on an officer, disorderly conduct and resisting arrest.