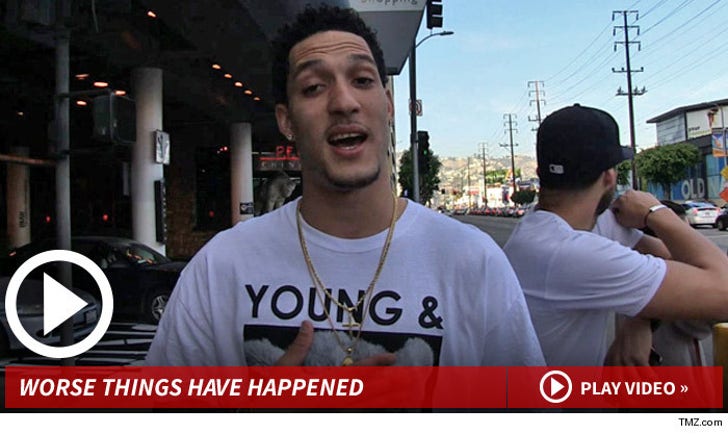 Here it is ... the exact moment we had to break the terrible news to St. Louis Rams wide receiver Austin Pettis ... that The Wanted have officially broken up.

Pettis -- who was out in Beverly Hills with celebrity stylist Vick Michel -- tried to play it off like he wasn't affected by the demise of the boy band ... but c'mon, THAT'S A BIG DEAL!!

The 24-year-old DID admit he was an 'NSYNC fan back in the day -- but says the musical breakup that cut him the deepest wasn't a boy band at all ... but rather 3 independent ladies.

Check out the clip -- it's pretty hilarious.