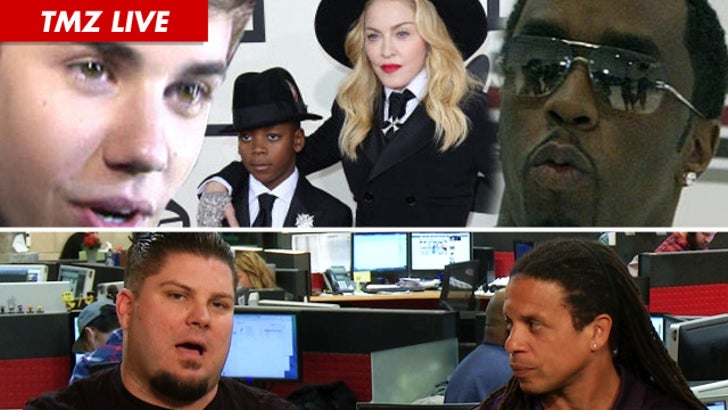 Justin Bieber's closest advisers and friends are rallying around him down in Panama -- and we know this meeting isn't just for R&R. Usher and others are trying to slap some sense into JB, but will he listen?
Plus, did Madonna use her son David to deflect from questions about her n-word controversy -- or was it just coincidence she brought her African son?
And, how did Diddy, Lil Wayne, and ton of other rap stars all end up at the same crazy house party with a lion and a camel? The guy who put the epic bash together -- Sincere Show -- joins us to explain how it all went down.