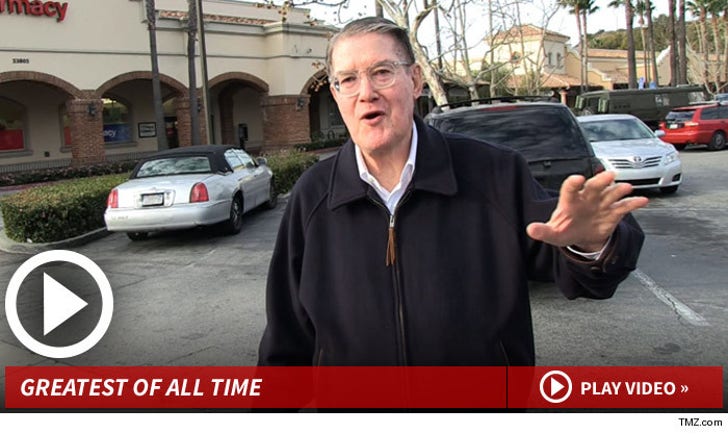 Jackie Robinson ... Don Drysdale ... Lasorda ... Fernando ... Kirk ... so many legendary Dodgers -- but when we asked Peter O'Malley to name the greatest of all, only one name came to mind.

O'Malley's opinion counts -- he and his family owned the Blue Crew for nearly 5 decades before selling the club in 1998 (He's now the owner of the San Diego Padres).

So, who'd he pick? Here's a hint: He once gave up an inside the park home run to Mr. Ed.