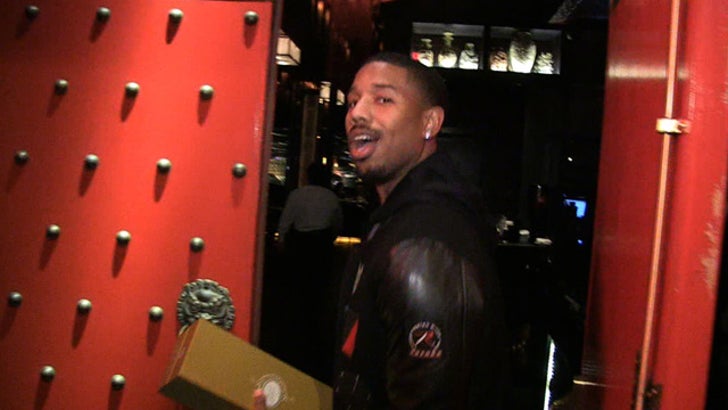 Michael B. Jordan has a message for all the hating comic book fans who say a BLACK man can't play the extremely WHITE Human Torch -- CHILL OUT!

Jordan just got the the role of Johnny Storm in the upcoming Fantastic Four remake -- even though in comics, the character's always been blonde-haired, blue-eyed ... and has a white sister Sue Storm (Kate Mara got that role).

Last night at Chi Lin in WeHo ... we asked MBJ what he would say to critics who said things like: "Don't cast a black guy to play a white super hero. It's just not right!" ... and "no no no no no no and nooooooo!!!"

Check out Michael's answer. One thing's for sure ... Black Torch has way more swagger.