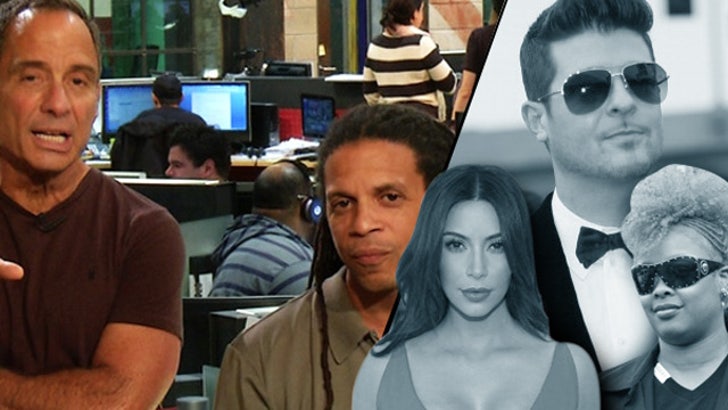 Kim Kardashian was humiliated by some Austrian dude in blackface during a high society ball -- which she was paid $500k to attend, by the way. So, time for Kim to stop doing paid appearances like this? She doesn't need the money, right?
Plus, Robin Thicke launches an all-out assault to win back Paula Patton. Dedicating songs, sending flowers ... pouring his heart out. Too little too late?
And, Da Brat joins us to fume about the unbelievable $6 million price tag she's being charged for bar fight she sued over.