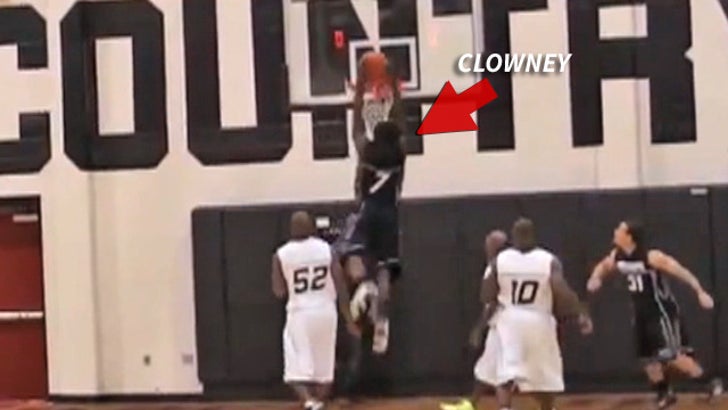 Jadeveon Clowney isn’t just a terror on the gridiron – he DOMINATES the hardwood too ... and TMZ Sports has video proof of the guy throwing down a NASTY dunk back in 2012.

Back before Clowney became a household name, the football stud played in a charity basketball game in South Carolina in May '12 ... when he was just 19 years old.

Ya gotta watch the clip ... Jadeveon threw down a ferocious dunk off a lob -- it's impressive.

We spoke to some of the guys who played in the game -- which benefited the iCHOPE Foundation for underprivileged kids -- who tell us Jadeveon's performance was super impressive and littered with some quality jams.

FYI -- Jadeveon played a little high school basketball ... and wasn't bad --averaging 9 points and 9 rebounds a game. He was better at football though.