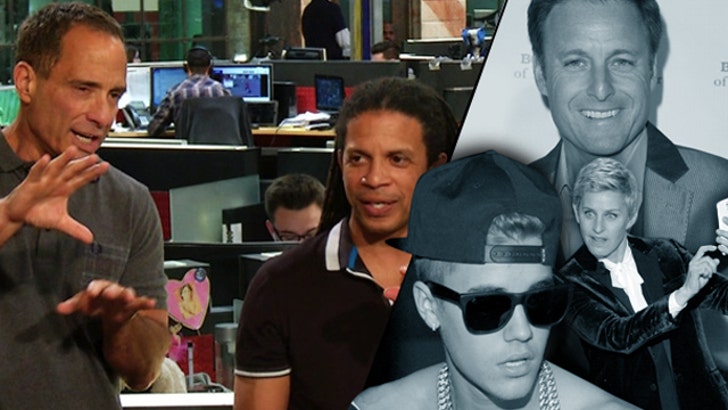 Justin Bieber shoulda gotten arrested in Miami with a makeup artist ... cause he ended up doing a full-on photo shoot while he was in custody -- and now the pics are out! Did cops accidentally make Bieber's arrest look like an Abercrombie catalog shoot?
Plus, Ellen Degeneres' huge Oscar photo that broke Twitter ... doesn't even belong to her!! It's actually Bradley Cooper's ... and he stands to make big money off it.
And, would a fat "Bachelor" work? The host of the of show, Chris Harrison, doesn't think so. We'll tell you why he's wrong.