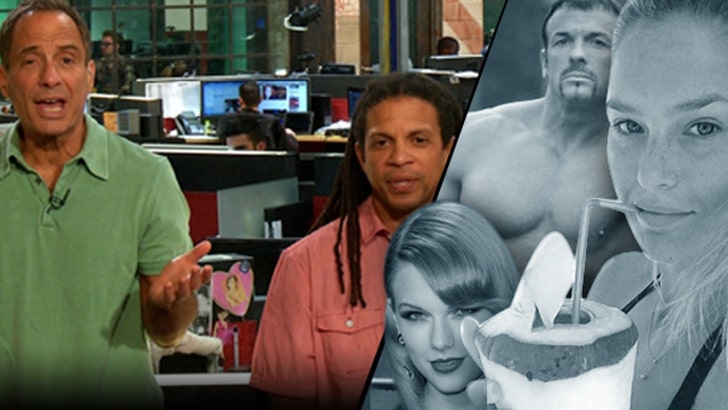 Ex pro wrestling champ Buff Bagwell's jumped into the world of pro sex -- he's a real life gigolo now ... even though he's married. How did he make that move ... and how could his wife be cool with it??
Plus, is Taylor Swift a professional pusher? She just made a new Diet Coke commercial that a lot of people think is packed with obvious drug references. Is Taylor in on the joke, or an unwitting victim?
And, Bar Refaeli posts a photo of herself without makeup -- is she the ultimate humble bragger?