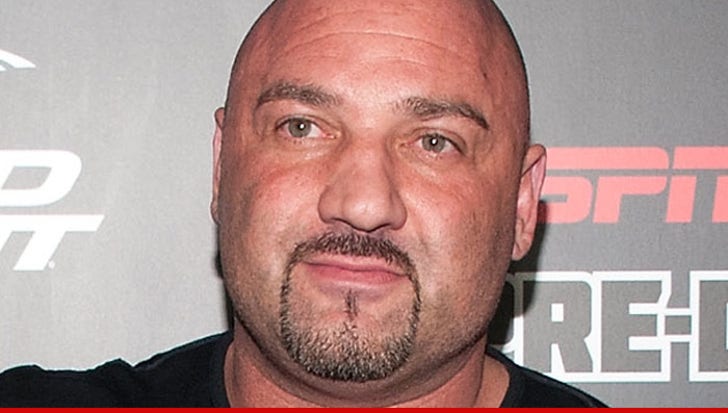 FOX Sports' Jay Glazer is laid up in the hospital fighting double pneumonia, but it could've been much worse -- TMZ Sports has learned his condition was touch and go 3 days ago.

Glazer was having a back procedure to treat a broken disc Tuesday morning ... but shortly after doctors put him under he got sick and started choking on his own vomit -- the fluid ended up filling BOTH lungs.

Glazer was rushed to an L.A. area hospital where his breathing was so shallow his blood oxygen level dropped into the 70s (90-100 is normal) -- which over any prolonged period can easily turn into a life or death situation.

FOX's NFL and UFC insider is still getting treatment to clear his lungs, and has improved slightly ... but it's unclear how much longer he'll be hospitalized.

Talk about horrible timing ... Glazer went down just as NFL free agency began -- a period when fans expect his "scoopage" on big trades and new contracts.