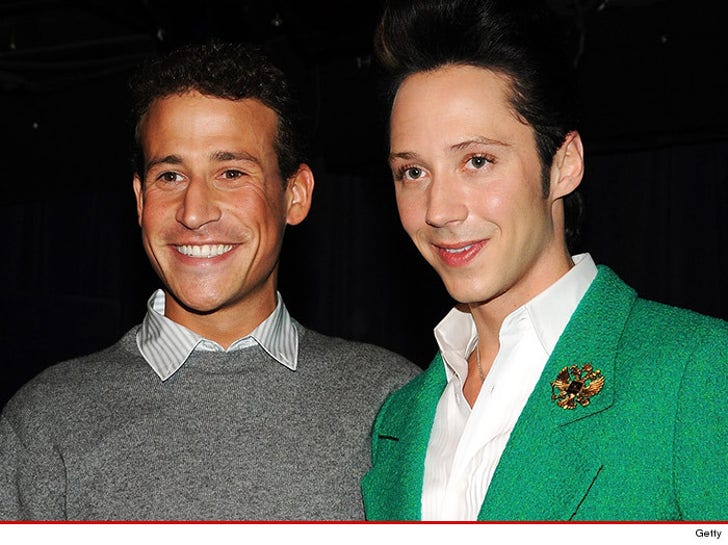 An insane scene played out today in Johnny Weir's divorce case ... ending with Johnny taking the family dog out of their apartment ... as his sobbing husband Victor helplessly watched.

TMZ broke the story ... Johnny has filed for divorce and it's turned vicious.

Sources connected to the case tell TMZ ... both Johnny and Victor rushed to court Friday. Victor got a restraining order against Johnny, claiming the Olympian attacked him March 5 by hitting him in the arm and throwing jewelry and a wooden Russian doll at him.

Johnny got an order giving him the right to go into their New Jersey apartment for 30 minutes and collect his belongings with the help of cops, without any interference from Victor.

We're told Johnny showed up to the apartment with 6 cops and Victor's cousin while Victor was still in court. Johnny took a number of his belongings, including 2 TV sets, Hermes scarves, various costumes and most importantly ... Tema, a Japanese Chin which he and Victor got during the marriage. 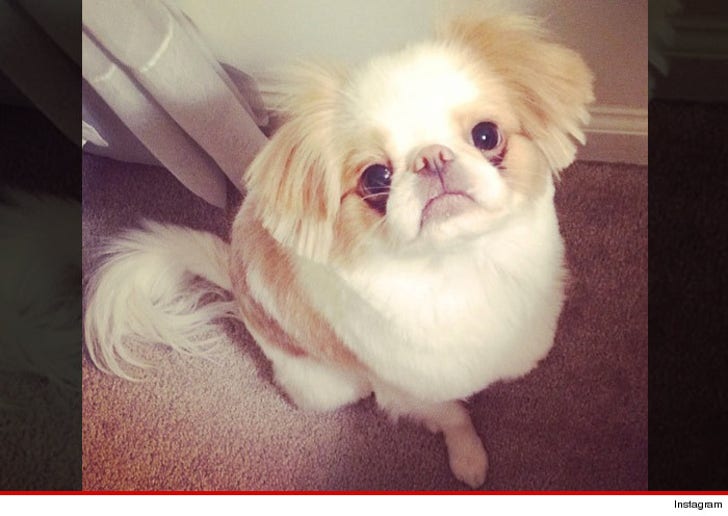 We're told Victor rushed to the apartment while Johnny was still there and stood by helplessly as cops let Johnny take the dog. Victor was on the phone with his crisis manager, Wendy Feldman ... sobbing uncontrollably.

We're told a court date has been set for next week, when a judge will hear arguments over the dog and other issues.