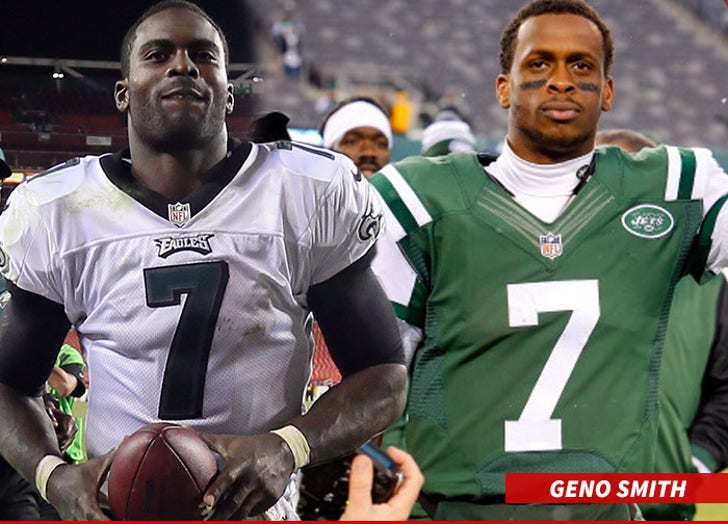 Michael Vick knows his price ... and it might be way too high for the NY Jets ... because he wants the jersey that belongs to the current starting QB -- and it's gonna be an issue during negotiations, TMZ Sports has learned.

Sources close to Vick tell us ... Mike is very serious about rocking #7 next season, no matter which team signs him.

Besides the fact he wore #7 in college and all throughout his pro career, Vick also has a clothing line called V7 -- and he's dead serious about sticking with his number.

Problem is ... Geno Smith currently wears #7 ... and he's supposed to be the QB of the future in NY.

Now we're told the jersey situation is not an absolute dealbreaker -- but it will be a "big issue" in negotiations.

In other words ... No number? More money.