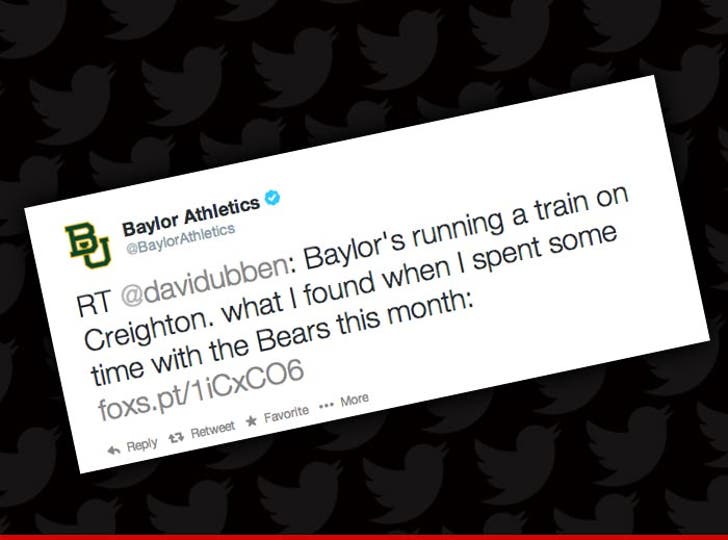 Baylor didn't just crush Creighton in the NCAA tourney this weekend -- they GANG BANGED the hell out of 'em ... at least according to the official Baylor Athletics twitter page.

Allow us to explain ... during the shalacking, Fox Sports Southwest analyst David Ubben tweeted, "Baylor's running a train on Creighton."

The Baylor Athletics page retweeted the post a short time later ... which is typically a sign of approval from the retweeter.

It didn't take long for Twitter peeps to educate Dubben on the meaning of the phrase "running a train" -- and he immediately posted, "Apparently I need to spend more time reading urban dictionary. My apologies on that last tweet. It's been deleted."