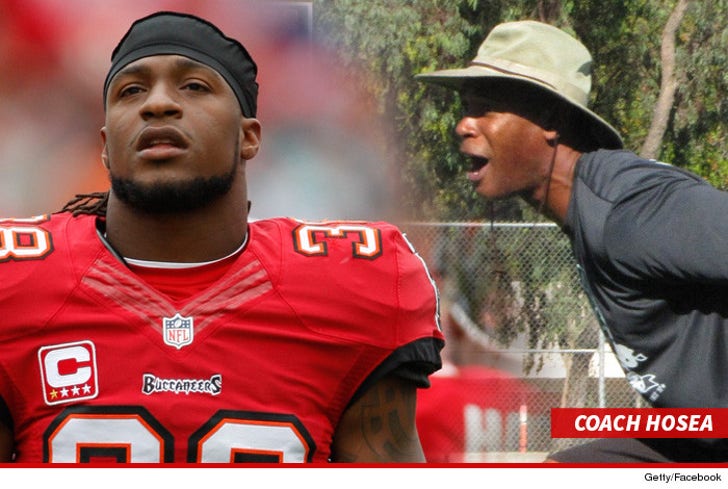 NFL superstar Dashon Goldson didn't just hire a tackling coach to give him pointers in the NFL off-season ... he hired a Made-for-TV movie LEGEND ... the guy who played O.J. SIMPSON!!!

Dashon's tackling coach is Bobby Hosea, who's the premiere form-tackling expert at the Train Em Up Academy in Southern California.

Goldson -- a safety for the Tampa Bay Buccaneers -- hired Hosea after he was socked with more than $450,000 in NFL-imposed fines from the 2013 season.

But Hosea isn't just a football guru, he's also an actor -- and played The Juice in "The O.J. Simpson Story" ... which famously aired on FOX back in 1995. 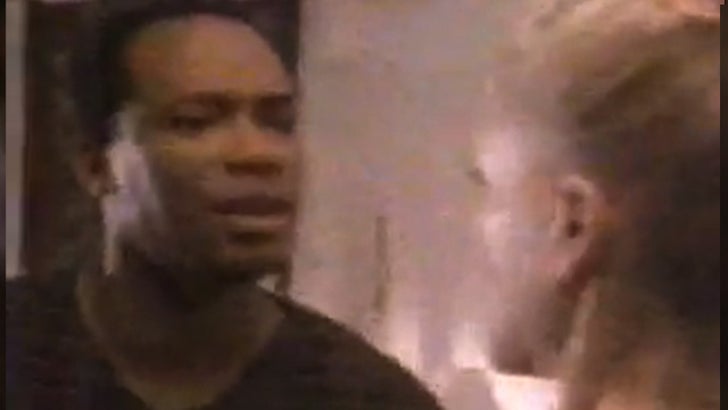 "A little old lady once told me, 'You played O.J. better than he played himself!'" Hosea tells us ... "But it wasn't something I celebrated. A mother of 2 kids was slain."

Hosea also says his father thinks he nailed the role so well, it hurt his career because people associated him with the real O.J. ... who was blackballed from Hollywood following the trial.

But it may have been a good thing -- because Hosea went on to educate football players about proper tackling, which doesn't just save them money ... but also protects their bodies from injuries.

As for Goldson's problem ... Hosea says, "I'm gonna fix whatever the hell is wrong, and he won't do it anymore."