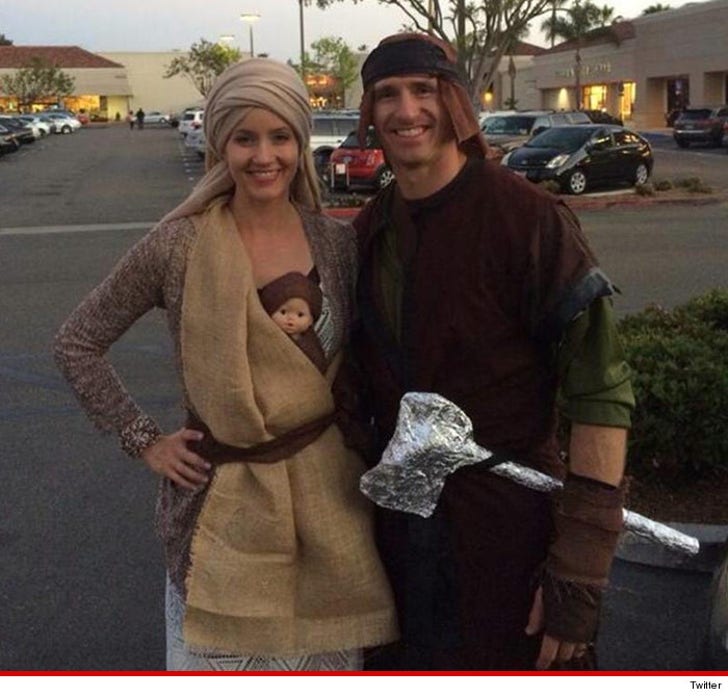 The New Orleans Saints QB and his wife went to a screening of the new Russell Crowe flick by their home in San Diego ... wearing full bible regalia.

Brees -- known as one of the religious guys in the league -- even had a tin foil ax for good measure.

After the movie, Brees tweeted about the experience ... saying, "Saw @NoahMovie the other night at Cinepolis. Opens 3/28. Very intense! #thefloodiscoming."

We get the hashtag is for the movie, but weird since he's so strongly connected to the rebuilding of N.O. after the Katrina floods.