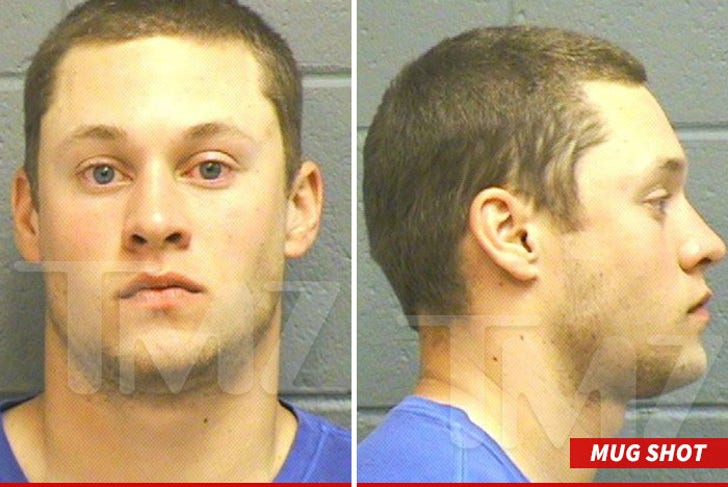 9:25 AM PT -- Yup, we JUST found out what songs were on the radio while Sims was in the car -- "All About Tonight" by Blake Shelton and "This Is How We Roll" by Florida Georgia Line.

A DUI at the University of Georgia turned into a country music sing-a-long this weekend when a UGA baseball player was arrested ... and asked the cop to play country music on the way to jail.

According to police, Zach Sims -- a 19-year-old first baseman -- was pulled over when officers noticed his Ford Explorer weaving all over the road and running into the curb.

When the officer approached the vehicle, the cop says Sims appeared wasted and reeked of booze. He also bombed all of the field sobriety tests and blew a .212 on the breathalyzer.

Once Sims was arrested for DUI, he was placed into a squad car -- and during the transport, he allegedly asked the cop to turn on a local country radio station.

The cop, who apparently obliged, noted in the report ... "Sims sang along with the radio during the entire transport."

Sims was eventually booked and released ... and became the 8th UGA athlete arrested this semester ... joining a list that includes 5 football players, 1 basketball player and a golfer.