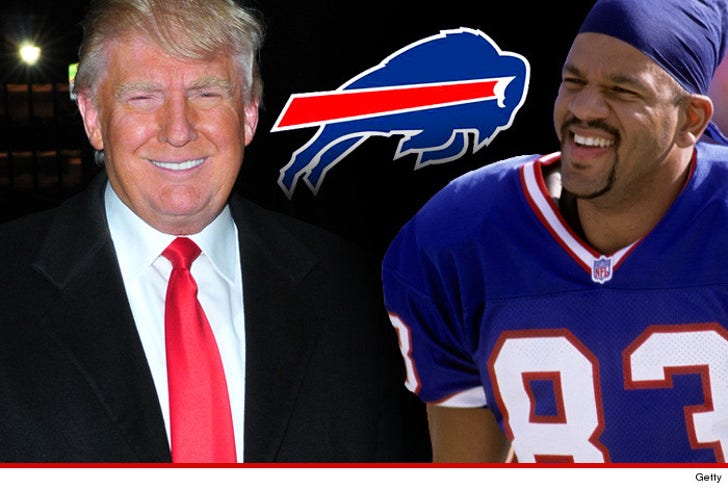 Donald Trump could put the Buffalo Bills BACK ON THE MAP -- so says Bills legend Andre Reed who tells TMZ Sports he FULLY SUPPORTS Donald becoming an owner of the team.

Earlier this week, Trump claimed he'd been approached about buying a stake in the squad -- and said he would "take a look at it."

Now, Reed says his fingers are crossed that Trump actually pulls the trigger because, "I think he would uplift the whole city."

"The Bills are in such disarray, that bringing in The Donald would give fans hope that the team would stay in Buffalo."

Reed says he understands owning an NFL team is incredibly challenging, but says "I think he'd be able to deal with it. His track record speaks for itself."

Andre -- who's set to be inducted into the NFL Hall of Fame later this year -- says he'd rally other Bills greats like Bruce Smith and Thurman Thomas to get behind Trump and help in any way they can.