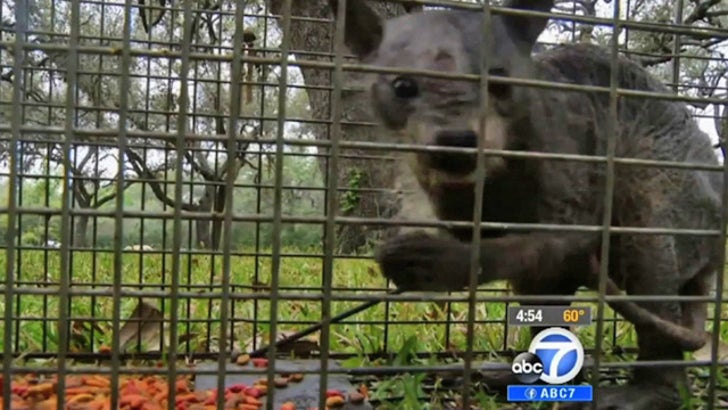 Leave it to Texas … a family claims they have captured a Chupacabra in their own backyard … forgetting momentarily the creature DOES NOT EXIST.

According to legend, a Chupacabra eats livestock and is known to drink their blood. Local news interviewed the family at their home in a small town in South Texas, and the husband told KABC, "I hunted coons for 20 years with dogs and I ain't never seen nothing looks like that right there."

A wildlife expert guessed the creature was probably some kind of canine suffering from mange, though the creature in the video can be seen eating with its hands ... leading a lot of people to think it's some kind of raccoon.

In a related story, the Tooth Fairy is now interning at TMZ for the summer. She came to the office today on a unicorn and drinks water from the Holy Grail.