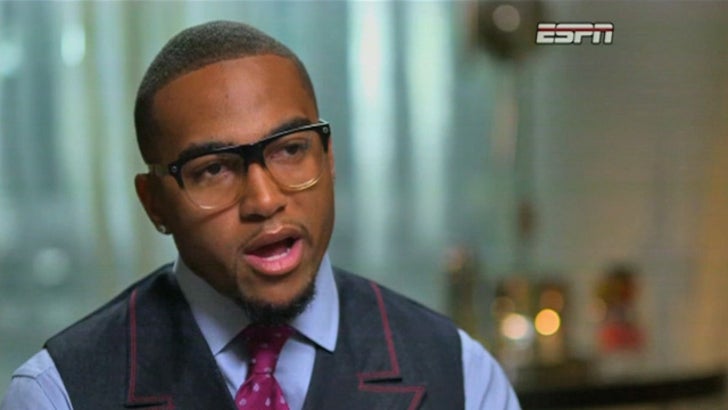 DeSean Jackson admits he DOES have friends that are gang members ... but the Washington Redskins receiver insists he is NOT a member himself.

Jackson just sat down with Stephen A. Smith on ESPN and said ... "Do I know friends that are out there involved? Yes. I try to, you know, stay away. I don't try and intervene and do things of any nature that has anything to do with negative activities, but I'm definitely aware and know certain gang members."

"But as far as me being affiliated or me being a gang member ... never have I once been. Never had any affiliation of going out and doing things that are against the law."

When Smith pressed and asked if he ever hangs out with gang members, Jackson said, "Not if they're doing any negative things." So, not exactly a "no."

Jackson added, I'm the guy who wants to go out there and do things the right way. and you know if there's anything I can do to help any of my friends who are doing these things that's what I want to do."