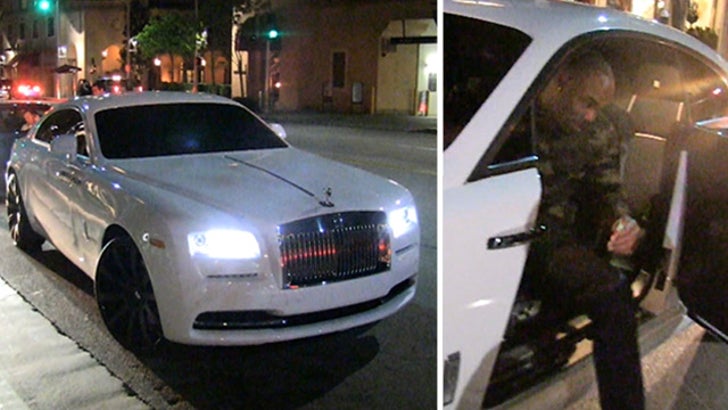 The L.A. Dodgers player's parking lot is turning into a Rolls Royce showroom -- because Carl Crawford has become the SECOND member of the Blue Crew to rock a $300k ride.

Crawford and Evelyn Lozada took a few hours away from their new baby boy to have a romantic dinner together at Mastro's in Beverly Hills.

And when it came time to pick up their ride, the valet pulled around in a brand new Rolls Royce Wraith -- which START at $285k.

The Wraith is becoming the new hot car in Hollywood -- with Floyd Mayweather, Meek Mill and Rick Ross all parking one in their driveways.

As far as the Dodgers go ... Carl's teammate Yasiel Puig has a Rolls Royce Ghost, which can be a little more expensive. But it's clear with the Dodgers, money doesn't seem to be an object. 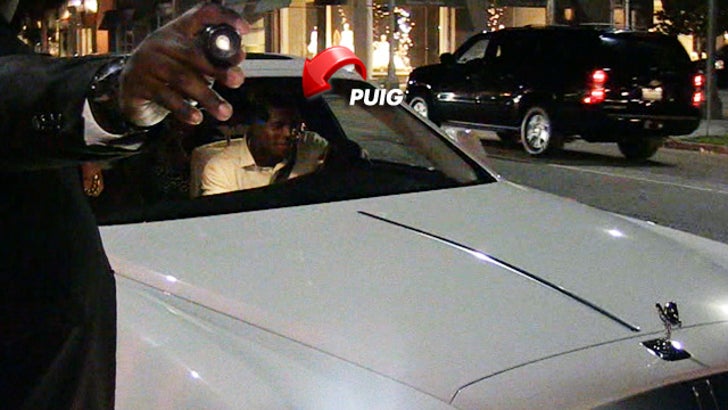