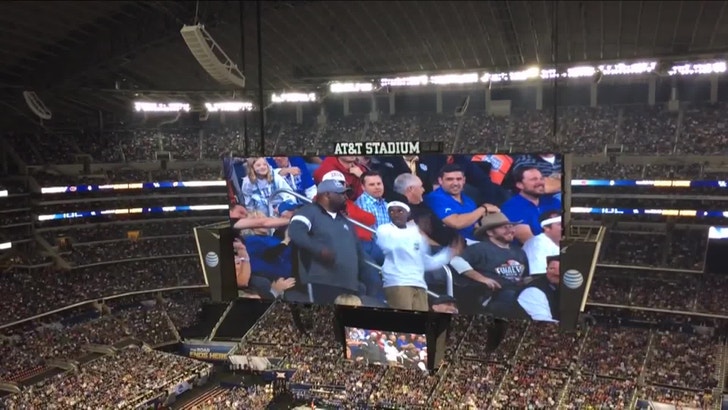 UConn may have won the game, but it was a father/son duo that stole the show at the NCAA championship basketball game Monday night ... when they ROCKED OUT TOGETHER on dance cam!

It all went down on the big screen at AT&T Stadium in Texas -- when the cameras panned around to various people gettin' down in the stands -- that is, until these two popped on the jumbotron.

It was awesome ... the dynamic duo busted out a full choreographed dance to Pharrell's "Happy" -- and the crowd went wild!!!

Best part of the game for sure (well, unless you're a Huskies fan).

UPDATE: The dad is actually "Big Rob" -- the captain of the Dallas Mavericks dance team -- and he was with his 15-year-old son Trey.

The two told reporters they had practiced the moves at home in the hope of getting on the screen at the big game.