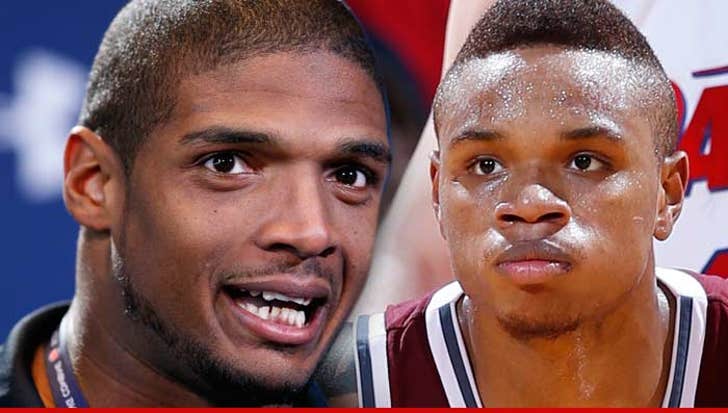 Michael Sam -- the first openly gay NFL prospect -- is pumped another Division 1 athlete has come out of the closet ... and he will be reaching out to Derrick Gordon to offer support, TMZ Sports has learned.

We spoke to Sam's rep who tells us ... "We're so happy for him. This is going to happen more and more because it's now accepted by society."

The rep says Sam is looking forward to the opportunity to speak to Gordon so he can offer "words of encouragement."

As we previously reported, Gordon -- a sophomore starter at UMass -- made the announcement today, and said he made the decision to come out after seeing how the NBA supported Jason Collins.