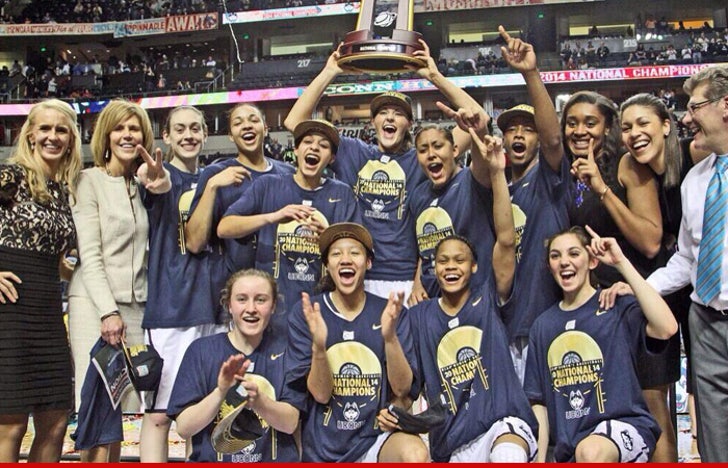 In what can only be described as a total lack of gender equality, the students at UConn failed to riot after the women's basketball team won the NCAA title last night ... with ZERO student arrests.

Of course, the insanity in Storrs, CT became a national story after the men's team won the championship on Monday -- with 15,000 people flooding the streets and 35 arrests in the riots that followed (20 of those people were students).

But law enforcement tells TMZ Sports ... when the Lady Huskies clinched the title the following night, only an estimated 3,500 people took to the streets ... and only 2 arrests were made (neither person was a student).

A rep for the school tells us, "All in all, people had a good time, but they did so responsibly and respectfully. A great night in a great week for the Huskies.”