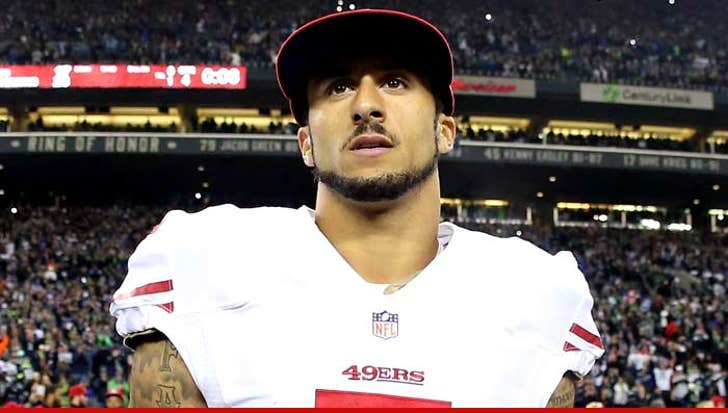 According to the report, issued by the Miami PD, the woman claims she went to the apartment of Seattle Seahawks wide receiver Ricardo Lockette ... to hang out with him, Kaepernick and 49ers wide receiver Quinton Patton.

The woman told police, around 9pm that night she mixed some drinks for the guys and gave them shots, but they told her that "in order to drink the shots she had to 'hit' the bong which contained marijuana."

The woman says she felt lightheaded and went to the bedroom to lie down. She claims Kaepernick "came up behind her into the bedroom and started kissing her."

"She advised they were kissing (mouth) and Mr Kaepernick started to undressed [sic] her. She got completely naked. Mr. Kaepernick told her that he was going to be right back and left the bedroom. They did not have sex."

The woman told cops that while she was still naked in bed, Patton and Lockette opened the door and "peeked" inside. She says she told them to get out ... but she can't remember anything after that.

The woman later woke up in a hospital bed ... but says she doesn't remember how she got there or who took her there.

The woman also claims she has had a sexual relationship with Kaepernick in the past.

While cops only described the situation as a "suspicious incident" -- it's clear they are investigating an alleged sex crime, due to the fact the case was referred to the Special Victim's Office, which handles sex crimes.

The woman's name was redacted from the police report (which is usually done to protect the accuser in a sex-related crime) ... but she was described as a "black" woman.

Two days after the alleged incident, Kaepernick and Patton took a photo together in Miami -- and seemed to be in good spirits. 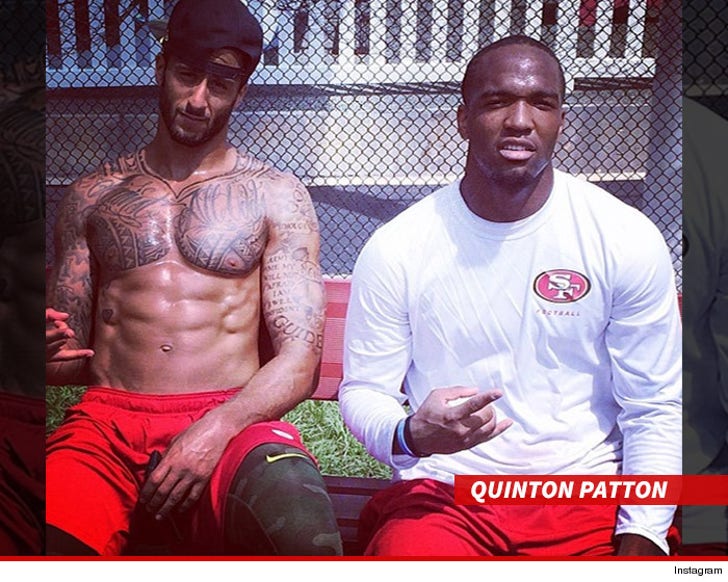 9:35 AM PT -- 49ers General Manager Trent Baalke tells TMZ Sports ... "The 49ers organization is aware of the recent media report regarding Colin Kaepernick and is in the process of gathering the pertinent facts.”

Our sources tell us ... the investigation is in its "beginning stages" and no charges have been filed against anyone at this point.

We reached out to both Colin's agent and the San Francisco 49ers -- so far, no comment from either one.

Kaepernick doesn't appear to be fazed by the allegations -- he was out partying at a Miami nightclub early Sunday morning with a smile on his face.

Colin was at the Viceroy as recently as April 5th -- when he hung out with a wedding party near the pool at the hotel. People in the wedding party tell us Colin couldn't have been nicer and "made the bride's weekend." 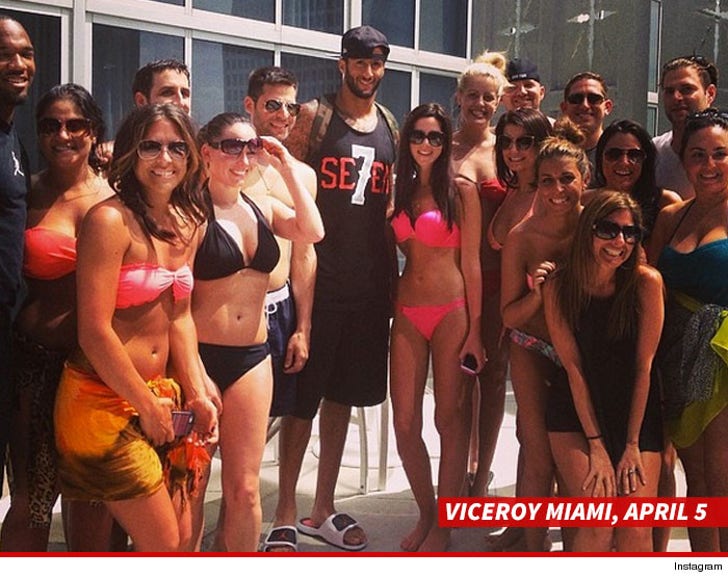