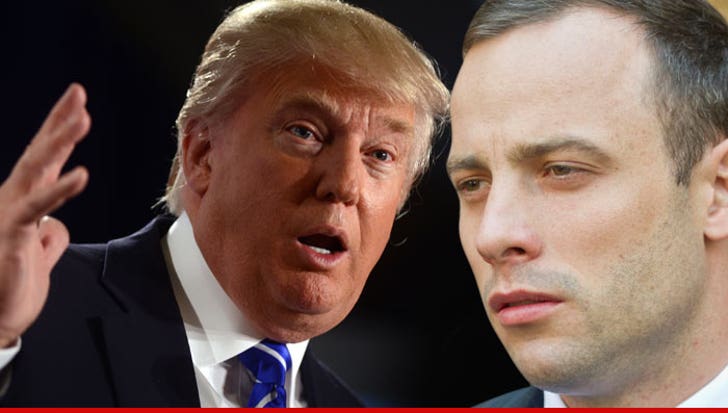 Donald Trump is just as cynical about South African justice as he is of the American kind ... saying Oscar Pistorius is guilty as sin, but could get off because of his celebrity status.

Trump tweeted this morning, "Oscar Pistorius, 'the blade runner,' is as guilty as O.J. I wonder if the result will be the same?"

It's not hard to read between the lines ... despite the overwhelming amount of evidence against him, O.J. was found "not guilty" of murdering Nicole Brown Simpson and Ron Goldman due, in part, to the fact he was a HUGE star at the time.

Pistorius is just as big, if not bigger, in S.A. -- and clearly, Trump thinks his celebrity could have a serious impact on his murder case ... glove or no glove.