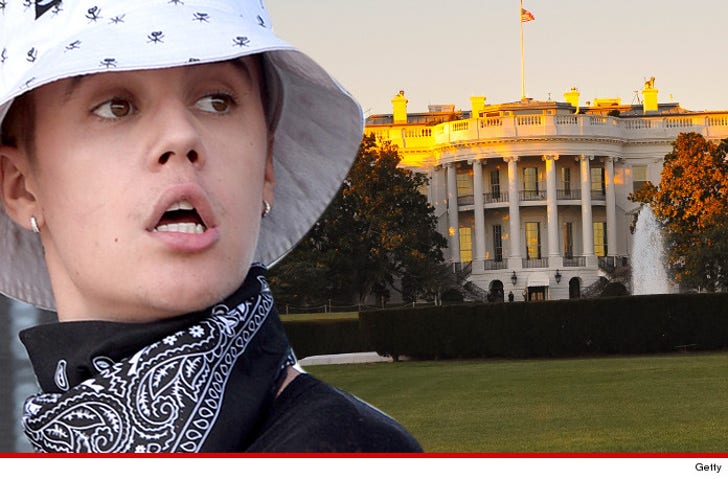 Justin Bieber haters got played by the White House ... which just refused to comment on their petition to have Bieber deported -- but instead used the opportunity to rant about its immigration policies.

The We the People petition first got to the White House back in January when 273,000 people signed it ... demanding President Obama yank Justin's green card and send him back to Canada.

If organizers reach the required number of signatures the White House is supposed to address the issue -- but today side-stepped the matter, saying ... "to avoid the appearance of improper influence, the White House may decline to address ... matters within the jurisdiction" of other government agencies.

The statement -- sent to everyone who signed the petition -- also included 2 pages about the President's immigration reform plan ... which it claims could shrink the deficit by nearly a TRILLION dolllars "or 100 billion copies of Mr. Bieber's debut album."

Yes, they took time to do the math.

Your tax dollars at work.